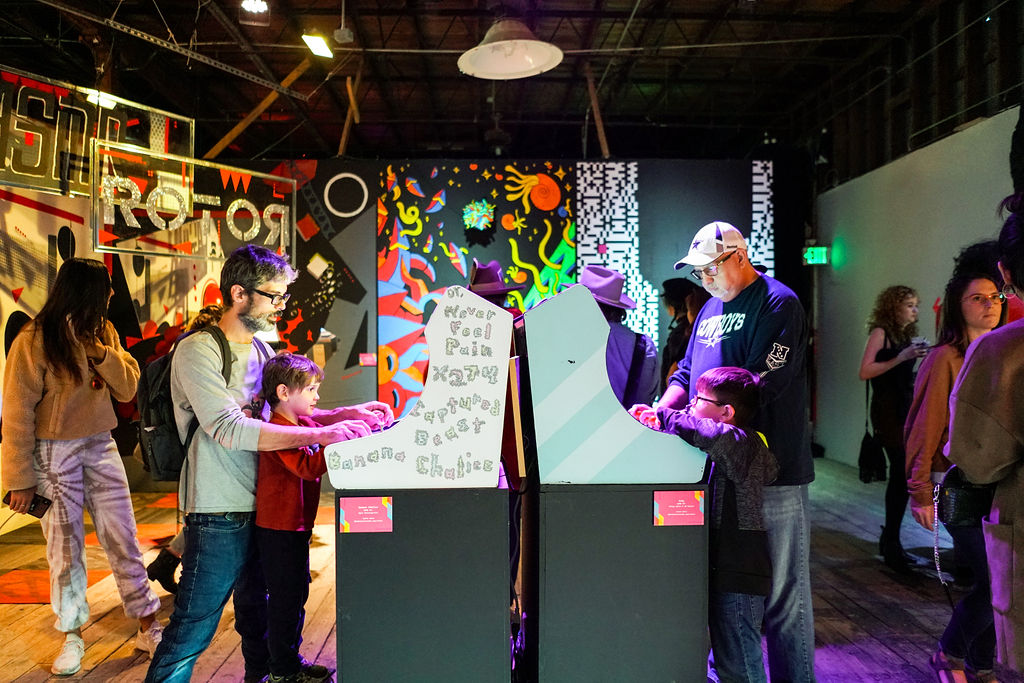 Last summer, we announced that Fantastic Arcade and Juegos Rancheros would be joining forces with the Museum of Human Achievement. At that moment, we also announced taking a break from the monthly Juegos Rancheros events, in order to gather input from the community to build a more inclusive and supportive indie game community in Austin.

Over the last few months, we’ve been listening to our community and working to build an intentional future path for Fantastic Arcade and Juegos Rancheros. In the summer, we ran a community input survey that garnered over 50 responses, and last fall we hosted 5 roundtable feedback sessions with over 40 participants. Through the survey and sessions, we landed on these takeaways:

Since then, we have established two boards that will collaborate with the Museum of Human Achievement and Austin’s indie game community to usher in the next iteration of Fantastic Arcade and Juegos Rancheros. The administrative/directorial board, currently consisting of Rachel Stuckey, Deeksha Srinath, and Desi Gonzalez, will provide broad oversight on organizational structures and help identify tasks and a timeline for accomplishing our goals. Harris Foster and Carrie Witt are kickstarting the community board, which will work closely to incorporate the perspectives of the indie game community and ensure we develop safe and welcoming spaces for all. Additionally an advisory board is currently made up of Lauren Gardner and Heather Kelley. As we look to build the future, we want to thank past board members and volunteers who have helped cultivate the local indie game community through their hard work and passion.

In November, we hosted the Fantastic Arcade Retrospective during the East Austin Studio Tours. Over four days of programming, we invited Austinites to celebrate our 10 year anniversary and look towards the future of the organization. At the event, we showcased 21 custom arcade cabinets by 32 developers that Fantastic Arcade has commissioned throughout the years. We paired artists to create a new environment, visual compliment, or conceptual home to the cabinets, resulting in 17 art installations created by a total of 21 artists. Additionally, visitors accessed more than 200 games by over 250 game developers on our multiplayer game launchers. The event was a resounding success: we served over 6,000 audience members, young and old, bringing the joy of indie games ranging from devoted Fantastic Arcade fans to newcomers who’ve never played video games before.

In the coming months, we will be undertaking a number of tasks, such as reestablishing our mission, vision, and values; exploring the audiences we serve; revisiting public-facing policies such as the code of conduct; opening avenues for how people can get involved; and rebranding and relaunching the monthly meetup to better reflect our stated values. As we work to imagine the future of a yearly celebration of games and a monthly community gathering, we want to hear from you. We think there is an exciting and positive future in digital arts and indie games, supported by new ideas, voices, and leadership.

Want to help shape our future? Be on the lookout for future FA/JR events using the links below.

Want to be involved form